People like to compare scars, even though that’s crude. Lyndon Johnson famously raised his shirt to show reporters the scar from his 1965 gall bladder removal. The incident is captured in a cartoon in which the scar is shaped like Vietnam.

My scars are not so dramatic, but I am attached to them. They each have a story behind them and there’s a moral to each story.

Careful about street scrapes. When I was 6, I scraped my knee while playing in Seville, Spain, where my family was visiting. Maybe it was horse manure in the street, but a few days later it was a red, pussy, swollen mess. My dad used hot compresses to soak out the strep infection, and maybe antibiotics, and lots of gauze. It was reddish for decades. It would have been better to wash it thoroughly right away.

Deal with it. I have acne scars on my cheeks, and nose, ears and shoulders. I tried to wash properly, and not to squeeze or pick, but you know how it is. Our dermatologist friend did his best, but I was a pizza face until 1984 at 27 when he referred me to a NY dermatologist who prescribed Accutane and the plague ended. I still get little whiteheads and have to use proper cleansers and occasionally the kids’ zit cream. I learned to socialize based on charm and good nature, not on a clean complexion. If I was embarrassed about the acne I never would have left my room.

Don’t overdrink. My left shin has a mystery pit scar where I must have banged into something sharp in 1977 summer at college, when a neighbor and I overindulged in gin, then made a bad decision to “borrow” bikes standing by our building, riding south and then finding the Dinky train track embankment, scrambling up, and walking the bikes along the rail ties back to our Princeton dorm rooms in New South. I awoke the next day with a headache and a huge scab on my shin and no recollection of how it got there in my anesthetized state. Stay sober enough that you know when you get injured. It’s supposed to hurt when that happens.

Beware of glass. Left middle finger, inside and above the 2d fold, there’s oa dot where a glass micropipette snapped off while I was fitting it into a rubber stop doing lab work senior year at college. I tried to fish it out with surgical tweezers but some bit remained and caused pain, gradually diminishing and disappearing over many years.

Wear gloves. At the base of my left thumb, the knuckle has a dime sized scar. In the spring of 1980, when I lived in Switzerland, I was skiing with my brother at Crans Montana and got hot, so I took off my gloves. I put my left hand down on a steep slope and skied over it with a sharp edge, sliced off a disk of skin. Hurt like crazy and bled but healed well. I bought nylon shell mittens and always cover my hands when skiing, and tried to wear work gloves whenever possible.

Careful how you cut. My left pinky tip has a scar from nail’s edge to nail’s edge. In 1982 spring one afternoon in Boston I was cutting a block of caraway Havarti freehand, sharp knife in right and cheese in left. The knife jumped and cut right through the pinky all the way to the nail. I didn’t like the look of the deep flesh as I flushed it in the kitchen sink. So I wadded a bunch of paper towels and walked over to Beth Israel ER a few blocks away on Brookline Ave. I waited a while, but figured that was OK when a screaming man was rushed in on a stretcher and rolled right to an examination room, with a sickle cell anemia attack, they said. The doctor who sewed me up said it would probably necrose – die- and fall off. But I tended it well, kept it elevated, and it healed leaving a slightly longer pinky. It has been incrementally helpful on those occasions when I played viola.

Footwear may help protect your feet, but toes get broken. Tape them together and carry on. I broke my right big toe in the Lehigh River in 1977 canoeing after a dam release when the water was so high it smashed canoes like toys. The thwarts in our canoe broke and we were rescued from the wrong side of the river by a rope brought by a kayaker. I broke a pinky toe in central Siberia in 1981, taking the Trans-Siberian Express from graduate school in Switzerland to law school in Boston, by stumbling into the person ahead of me running to reboard the train after one of its 15 minute stops along the way. I broke the other pinky in 1982 when my karate sparring partner and I both fell and I pivoted to avoid landing on her, hard. I broke my left big toe on my birthday 2012, when my right foot missed the diving board, due in hindsight to weakness as part of the onset of ALS. For a month, pain on the left concealed weakness on the right.

So take care of those wounds, make sure they heal, and learn your lessons.  If you can spin the scar into a good yarn, others can learn too — without having to relive your hard experience. 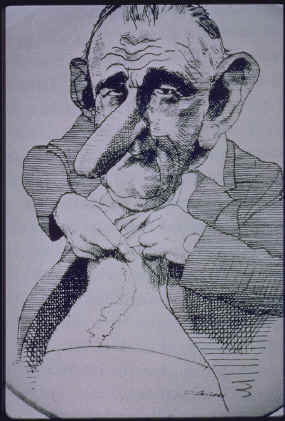